On January 15, 2017 representatives from nations across the globe will flock to the French capital for a conference on peace in the Middle East. Yet instead of seeking a way to bring an end to the bloody civil war that has reduced parts of Syria to a smoldering rubble or finding a solution to the looming threat of the Islamic State cutting a swath of death and destruction in Iraq, the agenda of the peace parley will have but one item: resuscitating the Israeli-Palestinian peace process and hammering out the parameters for renewed talks.

Seventy countries have been requested to attend and have their say at the high-level get-together. Yet the two parties whose fate the meeting is aimed at deciding, namely Israel and the Palestinians, have only been invited to meet separately at the conference’s conclusion.(Countdown To The Paris Peace Summit, Isla Possett, Bridges for Pece Jan 4 1017)

We are living in unprecedented times of Biblical fulfillment, as we hurtle ver closer to the actual bodily return of our Messiah to this earth. One event outpaces another as prophecy after prophecy comes to life, and public events so laden with symbolism, that only the biblical illiterates or the  willfully blind can miss their significance.

The upcoming Paris Peace conference set for January 15, 2017 is one such example.

Seventy nations are assembled to bring about a solution to the intractable problems of the war torn Middle East.  The number seventy can mean “unity of persons” in scripture, for example, when the Patriarch Jacob went to Egypt after discovering Joseph to be alive and well, the scripture literally says “All the offspring of Jacob, seventy soul.”(singular).

Seventy is also the biblical number which represents in Hebrew, “ha Goyim“, the nations. However  when it comes to the nations of the world , seventy leads to disunity. The 70 nations of the Tower of Babel (Genesis 10-11) became a fractured 70 languages, after God overthrew their ‘unity’.

Once again the 70 nations are uniting to resist God, this time in the issue of the establishment of the Palestinian State, in the land God gave by unconditional covenant to Abraham,Isaac, and Jacob and His seed forever.

He hath remembered his covenant for ever, the word which he commanded to a thousand generations.  Which covenant he made with Abraham, and his oath unto Isaac;  And confirmed the same unto Jacob for a law, and to Israel for an everlasting covenant:  Saying, Unto thee will I give the land of Canaan, the lot of your inheritance:(Psalm 105:8-11)

Once again the Gentile nations have assembled, the so called Kings of the earth and their rulers, to directly oppose the counsel of the LORD and His Messiah, just as Psalm 2 warned us would happen in the last days.

Why do the heathen rage, and the people imagine a vain thing?  The kings of the earth set themselves, and the rulers take counsel together, against the Lord, and against his anointed, saying, Let us break their bands asunder, and cast away their cords from us.  He that sitteth in the heavens shall laugh: the Lord shall have them in derision.  Then shall he speak unto them in his wrath, and vex them in his sore displeasure.(Psalm 2:1-5)

This summit is the culmination of several UN events which have occurred throughout the previous years, disputes and designations by the world body, over the matter of the newly resurrected “Land of Israel”, her borders, her right to inhabit Judea, Samaria, Gaza, and the possession of virtually all of the Jewish Holy sites , which have already been designated instead, as belonging to the proposed ‘Palestinian’ nation, by several decrees of the United Nation’s UNESCO,(United Nations Educational, Scientific, and Cultural Organization).

The prophetic Psalm of David even predicted the issue of the leaders disputation over the custody of the Temple Mountain, the site of the first two Temples and thus the holiest site to Judaism. The God of ISRAEl declares to the KINGS of the earth,

Psalm 2:6 Yet have I set my king upon my holy hill of Zion.

But UNESCO and the recent UN resolution agreed upon recently by the UN security council, would put everything in Judea and Samaria, including the temple mount, wailing wall, the tomb of the Patriarchs and even Rachel’s tomb, into the legal custody of the ‘Palestinian State, reducing Israel to her pre June,1967 Six Day War borders, and criminalizing Jews who build, live or settle there, exposing the State of Israel to international sanctions for daring to act as though Judea and Samaria are part of Israel’s inheritance.

Here are just a few of the IN security Council demands recently voted upon and near unanimously agreed pun,(The Obama administration took the coward’s way out, abstaining to vote , but failing to Veto the outrageous resolution),

1. Reaffirms that the establishment by Israel of settlements in the Palestinian territory occupied since 1967, including East Jerusalem, has no legal validity and constitutes a flagrant violation under international law and a major obstacle to the achievement of the two-State solution and a just, lasting and comprehensive peace;

2. Reiterates its demand that Israel immediately and completely cease all settlement activities in the occupied Palestinian territory, including East Jerusalem, and that it fully respect all of its legal obligations in this regard;

3. Underlines that it will not recognize any changes to the 4 June 1967 lines, including with regard to Jerusalem, other than those agreed by the parties through negotiations;

5. Calls upon all States, bearing in mind paragraph 1 of this resolution, to distinguish, in their relevant dealings, between the territory of the State of Israel and the territories occupied since 1967;

This is the foundation which has been laid for the coming Paris Peace conference, and one of the last acts of  Obama’s disastrous 8 years of foreign policy. The Kings of the Earth are gathering in Paris, just as the Prophets foretold, but they would do well to remember that the Most high has a foreign policy of his own, “I will bless those who bless you and curse those who curse you…”(Genesis 12:3).
Psalm 46:6
The nations made an uproar, the kingdoms tottered; He raised His voice, the earth melted.

Psalm 48:4
For, lo, the kings assembled themselves, They passed by together.

Where does all of this end? Armeggedon, judgment and the coming of the King of Kings and LORD of Lords! This hatred of Israel, this unity of unfair treatment, and consensus to disenfranchise the only civilized nation in the Middle East will lead directly to the plagues and judgments spoken of in Revelation and all of the prophets, all led by these self appointed, self important and utterly blind “Kings of the Earth”.

For they are spirits of demons, performing signs, which go out to the kings of the earth and of the whole world, to gather them to the battle of that great day of God Almighty.Revelation 16:14

And I saw the beast, the kings of the earth, and their armies, gathered together to make war against Him who sat on the horse and against His army.Revelation 19:19

It shall come to pass in that day That the Lord will punish on high the host of exalted ones, And on the earth the kings of the earth. Isaiah 24:21 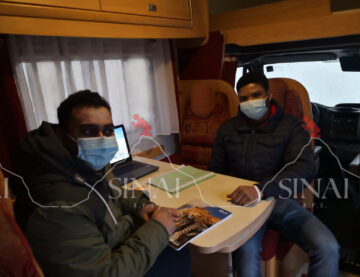 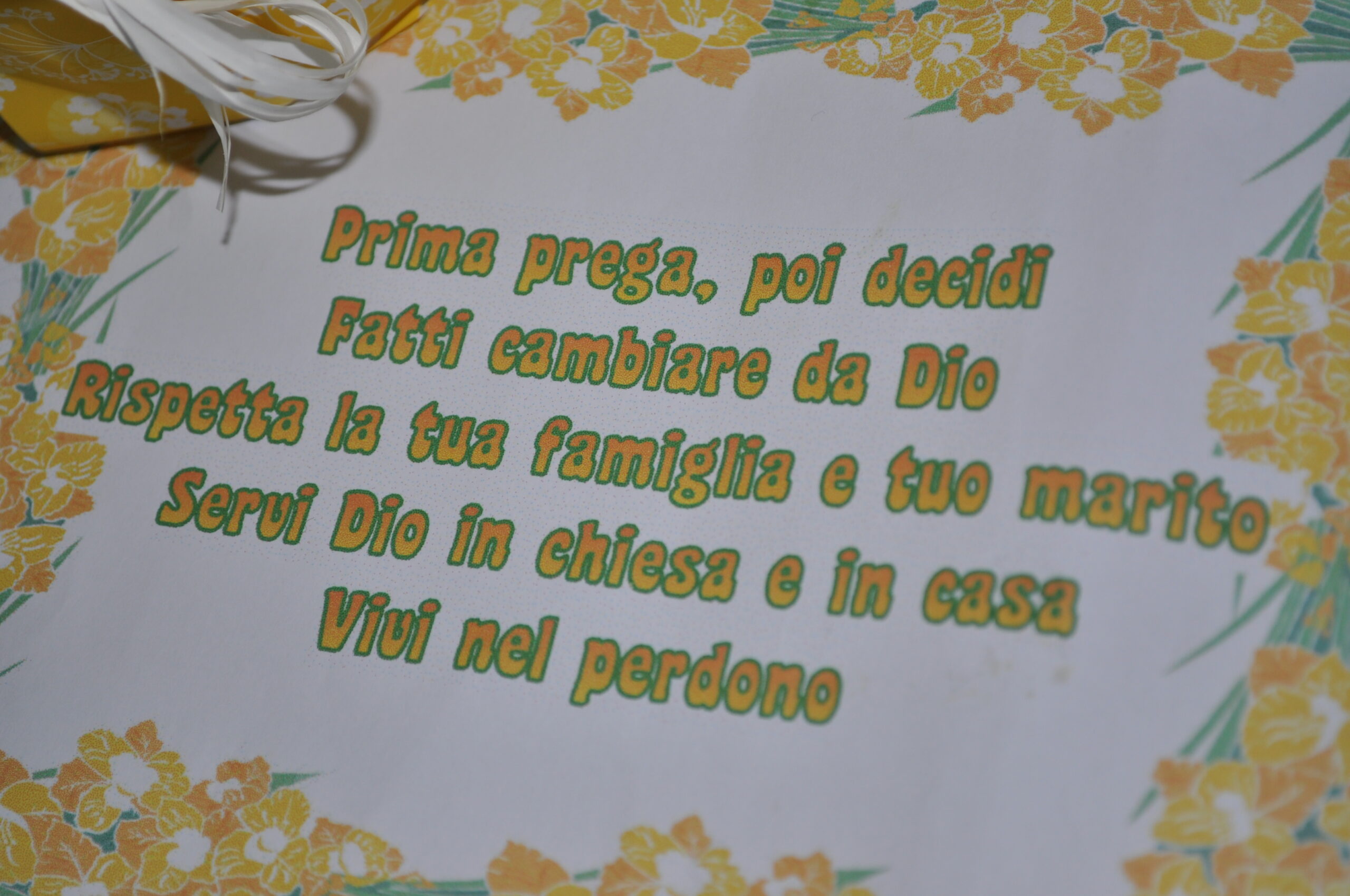